At the beginning of November, Wilder went to the Tagus Estuary to understand how millions of birds could be affected by the new project. At the river’s edge, with flocks of birds scratching at the waters, we spoke to José Alves, a researcher from the University of Aveiro who for the last 15 years has studied migratory birds in the Tagus estuary.

WILDER: How will the new airport on the Montijo peninsula affect the birds of the Tagus estuary?

José Alves: The routes for take-off and landing of aircraft will cross the feeding and roosting areas of the birds. They will be disturbed during high tide, when they are roosting, and during low tide when they are feeding. The routes will impact the birds in the intertidal zone to the northeast, where there is the large roost at Samouco salinas – one of the most important in the Tagus estuary – and the birds in the intertidal to the southeast, at the Sarilhos Grandes chanel, which is also a Special Protection Area for birds. On top of this, the flight paths will also cross the rice fields of Lezíria Sul, which is a highly important area for avifauna in the estuary and where there are very, very large flocks, which can reach 50,000 individuals of many species, from the Black-tailed Godwit to the Glossy Ibis to the Spoonbill. The aeroplanes’ influence will have repercussions for all these birds, as well as various species of ducks and geese.

W: Is there somewhere in the Tagus Estuary where birds can escape? Can they withdraw to alternative sites that they’re familiar with?

José Alves: No, the answer is no. The general perception is that birds can move on because they can fly. But in our work – tracking birds with colour-rings or GPS devices – what we see is that birds are very faithful to their feeding and roosting sites. Birds don’t discover new sites overnight. This behaviour of being very, very site-faithful makes it difficult to adapt or respond.

W: For birds, the Tagus estuary isn’t all the same.

José Alves: Exactly. The Tagus has very specific areas for birds. Over many years they repeatedly use the same places in a regular fashion. A bird in Corroios can’t find out that there are rice fields around Lezíria. And vice-versa. We have recorded their spatial distribution and published various studies which show that their faithfulness to places is very, very high, around 90%. So, the birds that are here all winter use, for the greater part of this time, the same site. 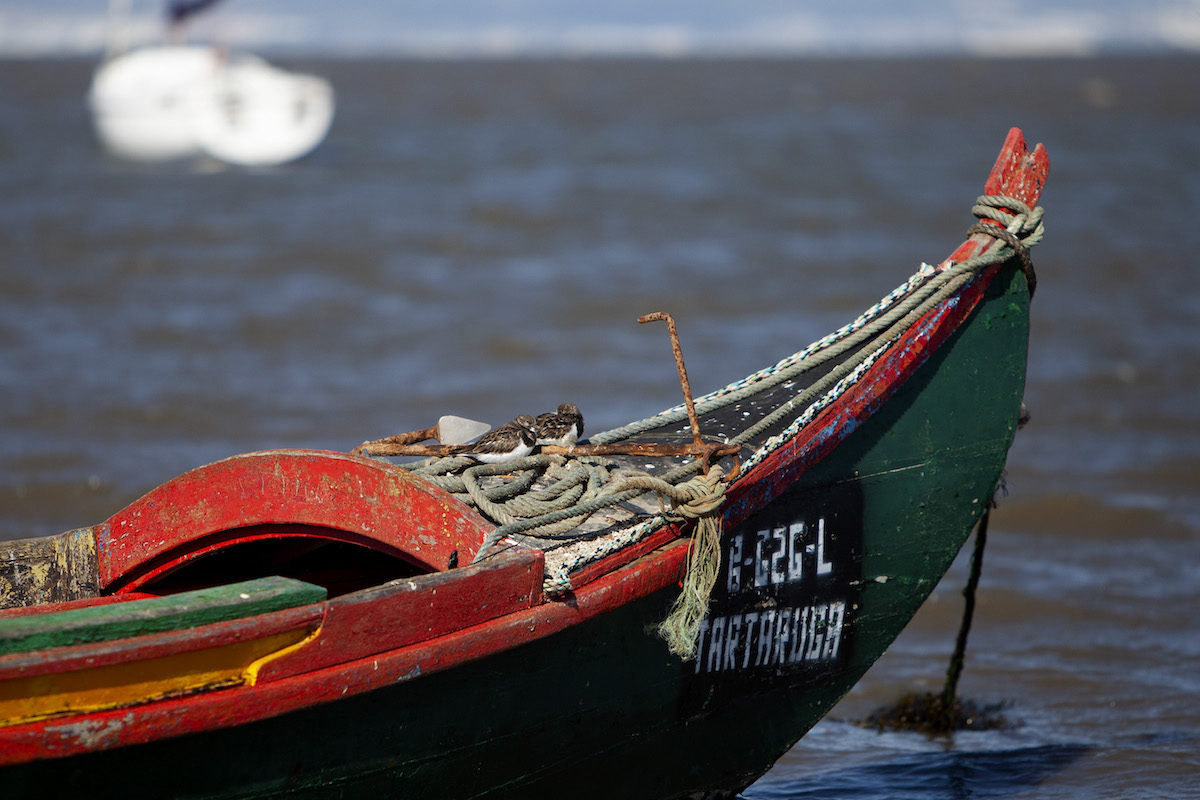 W: So could the birds go to another estuary, other than the Tagus?

José Alves: It doesn’t normally happen. In the tracking that we’ve done, and for some species we have 25 years of data, what we know is that the birds use very few sites on their migratory route. One of these examples is the    Black-tailed Godwit, which breeds in Iceland and spends the winter in Portugal. Following birds for 20 or 25 years, we know that birds use three or four sites throughout this vast distribution. The places that they use are very specific, and individuals don’t have much ability to change site. They have to know them, and know where they are. These processes of changing location are mostly done by the juveniles. In each year, juveniles establish themselves in different sites. It’s what we call a range shift in trans-generational terms: it happens through generations and not individuals themselves. Individuals are already established and don’t change locale. 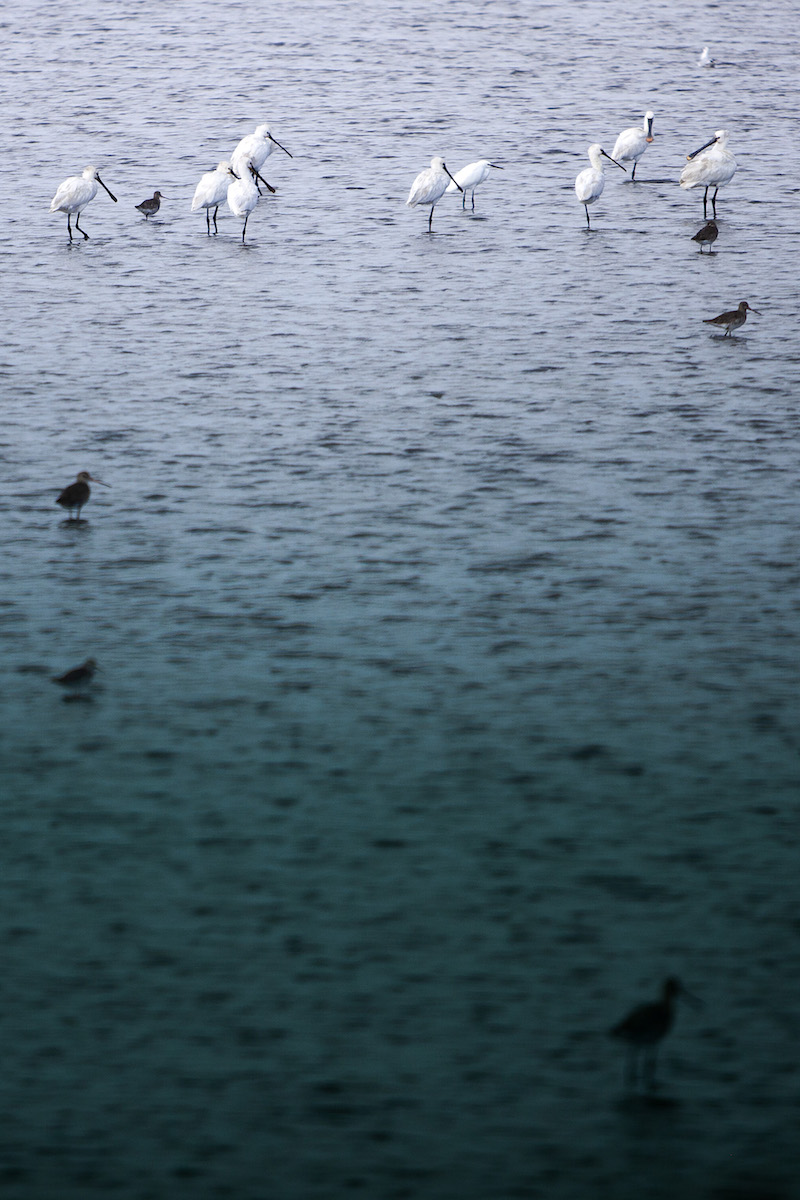 W: Birds use the Tagus Estuary for feeding and roosting. But there are also species that use the estuary for breeding.

José Alves: Yes, we have resident species. One of them is the Black-tailed Stilt. Some individuals of this species are here only in winter, and subsequently depart to breed in other sites, but others choose to breed here. Another example is the Kentish Plover. The Tagus Estuary functions in a huge variety of ways for different birds. It functions as a breeding site, as a wintering area, and as a stop-over – that is, a migratory layover. Then, within the same species there are different populations. For example, the Black-tailed Godwit has one population that spends the whole winter here. When spring comes, there are birds that breed in Iceland and others from Central Europe, especially the Netherlands and Germany. Then there are waders that spend winter in Africa (in Senegal, Guinea-Bissau, Guinea-Conakry, Gambia) and that return to the Tagus estuary on their flight to the North, to their breeding areas. Those birds form huge concentrations, reaching 40,000 or 50,000 individuals, especially in the rice fields of Lezíria.

W: And what challenges will the new airport have for the birds that breed here?

José Alves: I think that the effects on those birds could be much more direct, especially on their reproductive success. That’s because these birds have to be on their nest to incubate the eggs. So, every time that they are disturbed and leave the nest, the incubation temperature of the eggs decreases. If these disturbances were continuous, in the end, the birds would stop being able to incubate their eggs. And there are still other impacts, namely the ease with which natural predators – such as crows – can find the nests. Every time the birds abandon their nests, they reveal to predators – which are watching out for exactly this – where the nest is located. 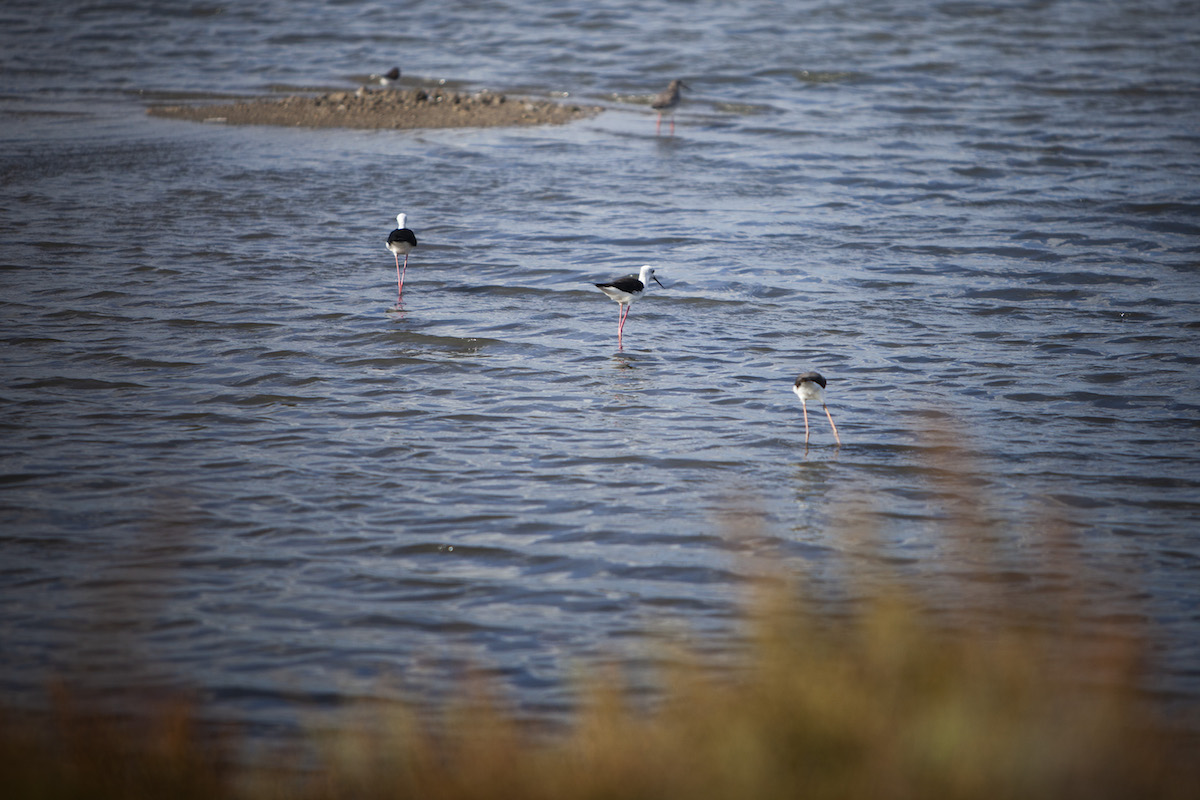 W: And for migratory birds?

José Alves: For them, the effects are not yet so clear. What the birds want most of all is food to maintain sufficient energy, in order to be able to migrate. If these feeding areas are disturbed continuously, these birds stop being able to spend what time they have between tides feeding themselves. On top of this, they end up spending more energy, due to being obliged to move because of the disturbance they feel. If these birds don’t have access to the food that they had before, this could have an impact on their migrations, making them unable to reach their breeding areas. And there are birds that really depend on this estuary, like the Avocet, the symbol of the Tagus Estuary Nature Reserve. This species winters here. It normally arrives at the end of summer and stays until March. The Avocet is peculiar: the colder it is in the North of Europe, the more birds we have here. The Tagus Estuary functions not only as an excellent wintering area, but also as a safety zone. When the winters are tougher in Europe – especially in France, Belgium and Holland – these birds move on further South. The Tagus Estuary is a safety net for these birds. 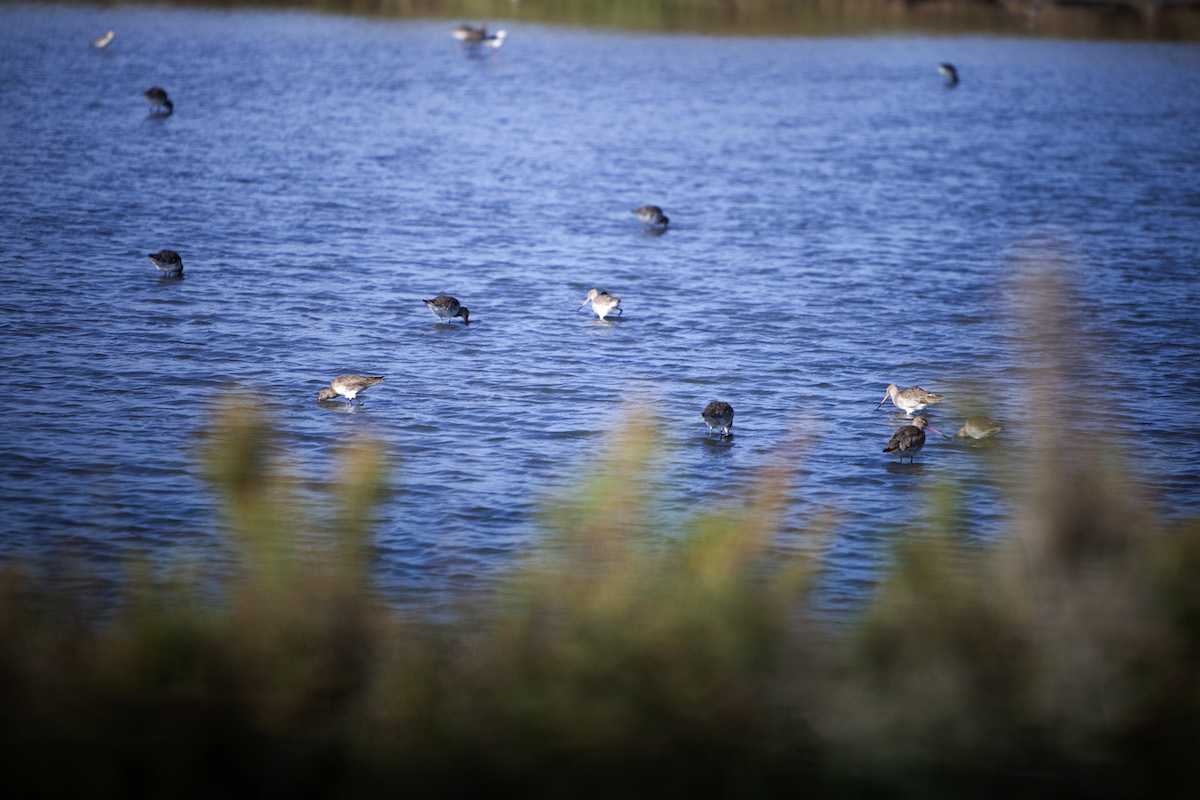 W: From the perspective of wildlife, the estuary is fragmented with human pressure. Is there space for the birds?

José Alves: The estuary is highly impacted by human activities. It’s in the surroundings of the largest urbanisation in the country, Greater Lisbon. It suffers disturbances in many parts. The areas which are used by the birds have more and more people. The birds are more and more pushed into less disturbed areas, but it’s obvious that a smaller area can’t support as many birds. Naturally, people enjoy activities in the fresh air, and that’s fine. But there are activities which have increased in a very accentuated manner in recent years, and which are using the estuary in a different way, like the collection of bivalves by shellfishers. There are a lot of people who collect shellfish using boats to go to very remote sandbanks. And then the estuary has yet more impacts in terms of light and noise that comes from the cities.

W: So does the Tagus Estuary have enough space for the birds it has now and for a new airport, yet another project, after others like Freeport in Alcochete and the Vasco da Gama Bridge, for example?

José Alves: In fact it’s an enormous pressure which is added to the other pressures that exist in the estuary for the birds. What’s to be expected is that there is less and less space, less access for these birds to their food and their areas for rest. 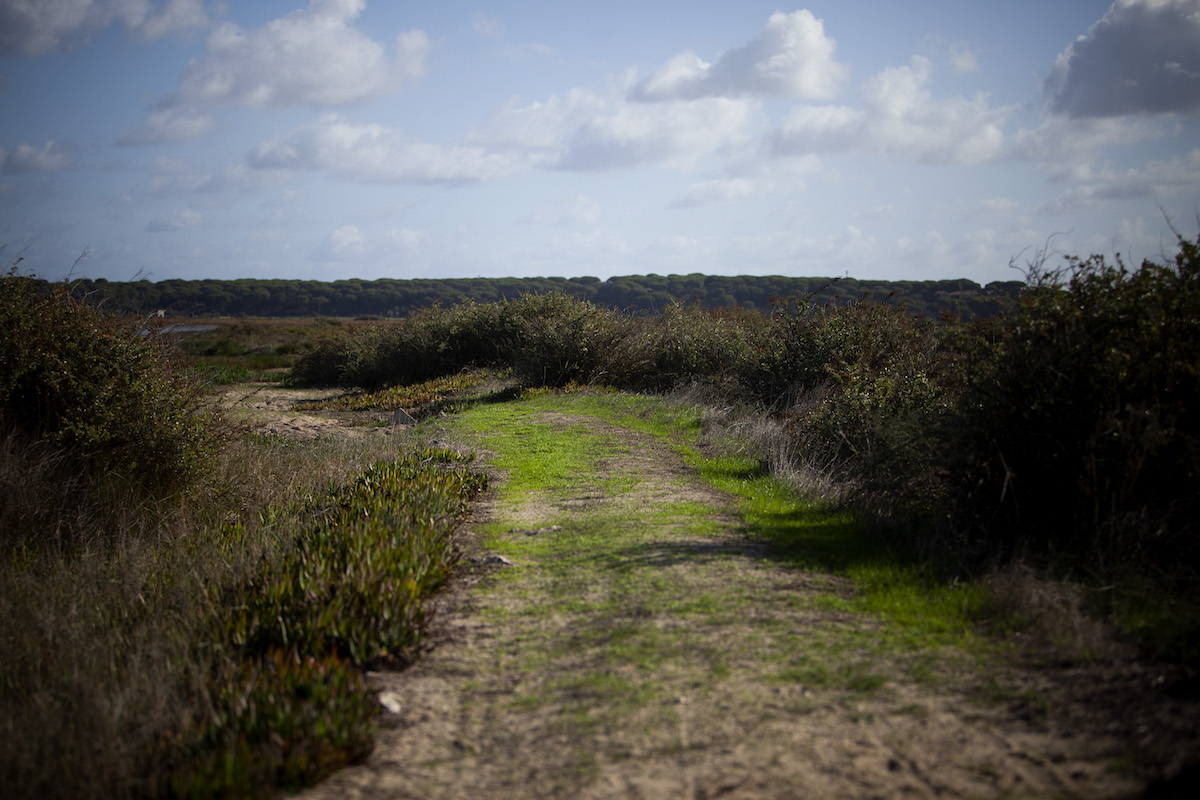