Photographer surprised by capturing on camera extinct bird in Portugal

Wildlife photographer Gonçalo Rosa captured a flock of grey partridges on a photo-trapping camera at the end of January in the north of the Portugal. This is the first documented record known in several decades of this species in the country, a bird that was extinguished after having been abundant until the 19th century.

It was not yet 8:00 AM when it showed up. Body rounded in shades of brown and grey. White snow covered the gorse grove, taller than a person. In a few seconds, this grey partridge (Perdix perdix) gave us the first known documented record of its species in our country in several decades. It was the morning of 28thJanuary, in a mountainous area of ​​the Bragança region.

Spotting grey partridges in Portugal is a unique experience. The Portugal’s Vertebrates Red Book says that this bird is extinct in the country. We know that in 2003 an animal was found dead in the region of Bragança.

“I see a lot with the photo-trapping cameras that I install in nature, such as the Iberian wolf and wild cat,” Gonçalo Rosa, 45, told Wilder. “On that day, the same camera captured fox and wild boar. But when I saw the grey partridge, I was astonished. ”

About five hours after the first grey partridge, the camera made a new record. “It was a flock of at least five animals. I was not expecting to see them enter the woods. “In the images, grey partridges are looking for food in the snow that covers the ground. Carefree.

“I have never set up cameras specifically for grey partridges. They are for mammals. But it is true that I have been looking for them for some time, “adds Gonçalo Rosa, a photographer who, in 2014, captured two snow mice (Chionomys nivalis) in Serra de Montesinho, a species for which there were no records yet in Portugal 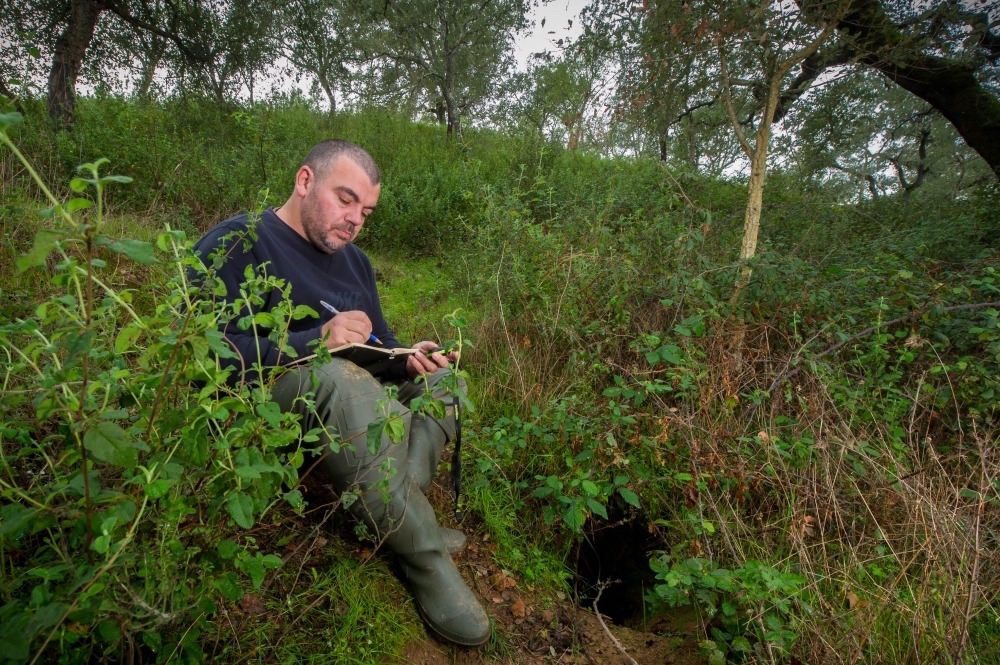 The story of the grey partridge is different from the one of the snow mouse. This bird was once well known in the Northern mountains, where it would have been abundant in the 19th century, according to the book Aves de Portugal (Birds of Portugal)- Ornithology of the continental territory.

“This is a very interesting record, since the grey partridge was an abundant species in the 19th century, in the northern highlands, scarce in the first half of the twentieth century and absent thereafter,” Paulo Catry, a researcher at MARE, – Center for Marine and Environmental Sciences of ISPA, told Wilder.

Paulo Catry studied the grey partridge in Portugal, searching for data and historical records to understand its history among us. “This is an interesting example of how things can change, of how a species with a wide distribution, and even of hunting profit, can disappear in just a few decades,” he said. 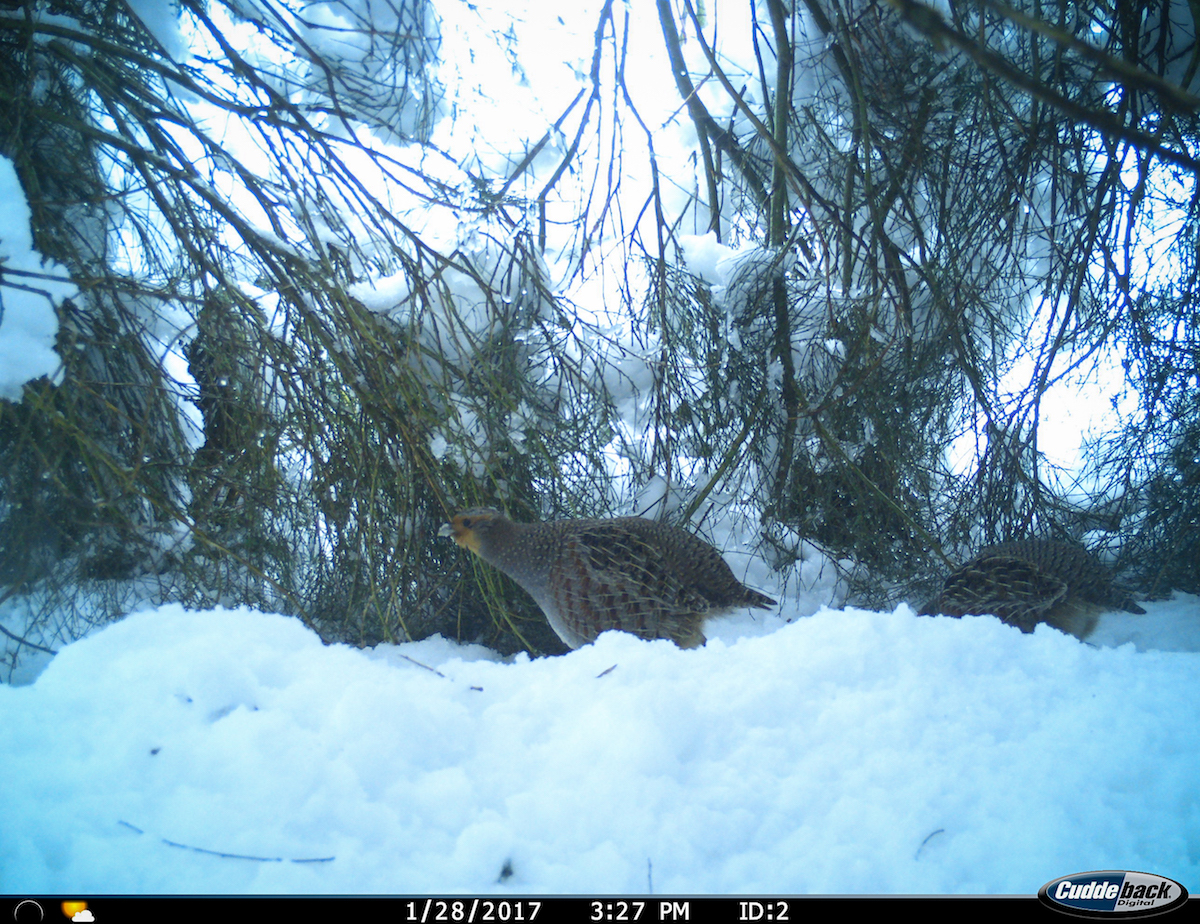 For Gonçalo Elias, responsible for the Aves de Portugal (Birds of Portugal) online site, these images are a “fantastic record”. “The importance of this observation is to show that the grey partridge can occur in Portuguese territory these days, though occasionally,” he told Wilder. “As far as I know, it’s the first record in Portugal of an image of live animals and it allows to document on video the presence of this species in the country.”

According to Gonçalo Elias, in the last 30 to 40 years, “grey partridge records have been very sporadic and we are not sure of the correct identification in some cases”.

The reasons for the disappearance of this bird in Portugal are not clearly determined. Paulo Catry thinks they might be associated with “changes in mountain land use – such as the abandonment of pasture and cereal cultivation and expansion of important forestation -, the increase in hunting pressure and, possibly, climate change.”

Is this the return of the species to Portugal?

At present, it is estimated that there are grey partridges in Europe and some parts of Asia, with a world population of between one million and three hundred to two million and six hundred couples. According to the International Union for Conservation of Nature (IUCN), the territory of this species “is extremely vast” and therefore is classified with conservation status of Least Concern.

However, grey partridge populations are slowly declining everywhere, due to the loss of habitat, its degradation because of agriculture intensification, and the loss of insects from which they are fed, caused by pesticides. In Europe, this bird recorded a decline of 25% in little more than a decade, according to Birdlife International.

In the last 100 years, the species has regressed in all 31 countries where it occurs. In the United Kingdom the population decreased 80%. In Portugal it has gone further and is now known as “possibly extinct,” according to the IUCN Red List.

But does the appearance of this flock of grey partridges in the region of Bragança mean “non-extinction”? Paulo Catry and Gonçalo Elias are cautious.

According to Gonçalo Elias, what this video says is that “the grey partridge may appear in Portugal, at least occasionally”. But “we can not say that there is an increase in the frequency of the species in the country.”

This specialist admits that the grey partridges may have come from the region of Sanabria, Spain. “In those days a great snow fell and the birds may have descended to flee from the most adverse conditions of Sanabria and arrived at Portugal to look for food.”

The Spanish Birds Atlas indicates that the region of Sanabria, near the border with Portugal, is among the mountains of that country where there are populations of grey partridges. Nevertheless, in the last decades, the tendency of the Spanish populations has been of “strong regression, with processes of fragmentation and extinction in the areas with lower densities, corresponding to zones of peripheral distribution of lower altitude”. At the moment, the central areas of the Pyrenees and the Cantabrian Mountain Range “maintain strong and stable populations, although increasingly fragmented”.

“The grey partridge is an emblematic species of mountain ecosystems in the Iberian Peninsula, of wild and of great beauty sites,” said Paulo Catry. In addition, “species that have become rare to the point of disappearance are always a motive of fascination attached to rarity and the changing world. But we should not think that this is necessarily a return,” he cautioned. “The grey partridges subsist near the Portuguese border in that region and it is natural that, from time to time, some will venture on this side.”

Only by monitoring and collecting data on the field will be possible to find out if the grey partridge is a regular visitor in Portugal or if this was a unique encounter of a lifetime.

Learn more about the grey partridge.

The grey partridge (Perdix perdix) measures between 28 and 32 centimetres, being smaller than the common partridge (Alectoris rufa), common resident species in Portugal, between 32 and 35 centimetres.

It feeds on grass, seeds, shoots and insects, especially during the breeding season, which occurs between April and September. This species has only one brood a year, but each can have up to 16 eggs.

Listen here to a grey partridge (Xeno-canto, sound picked up by Luis Garcia in April 2015 in Aragon, Spain):