The spotted salamander that Mafalda found

Wilder correspondent found a little nature treasure on her farm.

When we raised the plastic sheet from the garden table, to place a protection on the legs that were rotting from the wet soil, we noticed that the table was being “used”, and the moisture retained by the plastic wasn’t going to waste… there it was, a beautiful spotted salamander.

The spotted Salamander (Salamandra salamandra) is an amphibious with tail, reaches in average 7 inches in size and in the wild her life spam goes up to 20 years. Her diet includes insects, worms, slugs, spiders, millipedes and others.

Their habits are essentially nocturnal because they enjoy an environment with high humidity and temperatures not exceeding 15 degrees. They emerge from their subterranean hiding spots only at night to feed and during spring to mate. 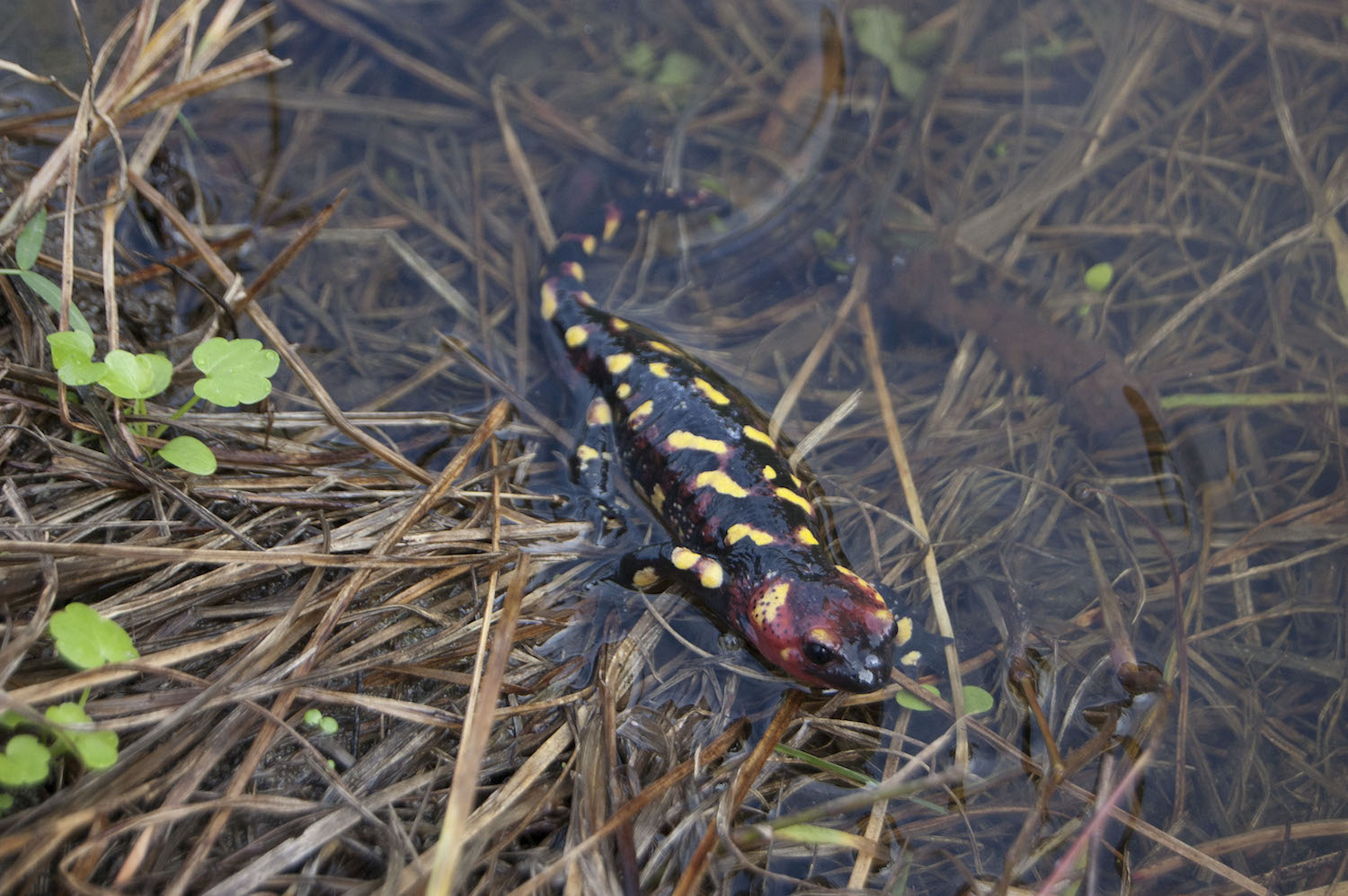 During the summer they come into lethargy and will bury themselves in the soil, and as I already could confirm, they like to stay right beneath the oaks, where the soil is more moist and cool. 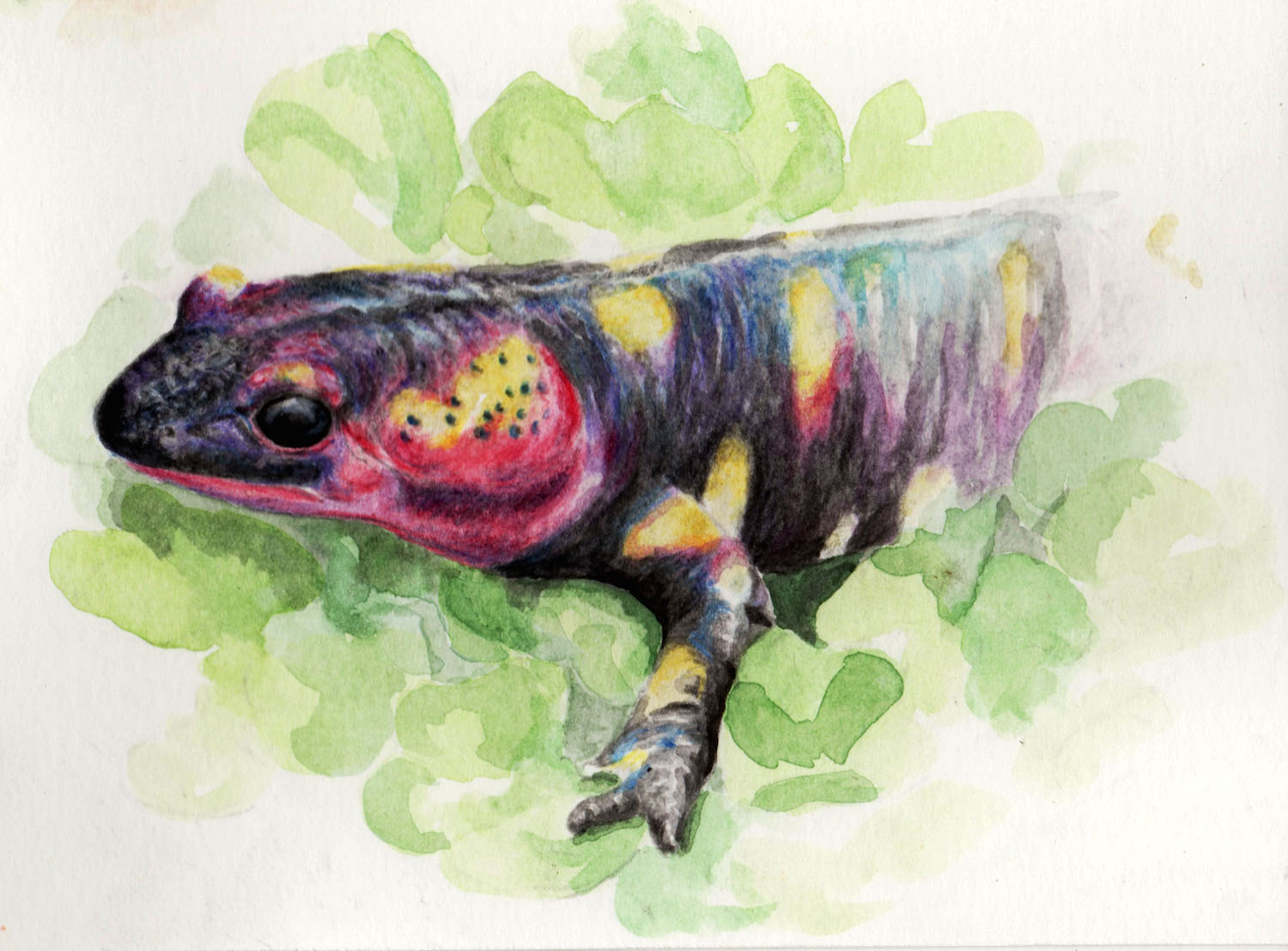 In Portuguese one of the names given to this visually striking animal, is “fire salamander”. It comes perhaps from their coloring or the fact that it was considered by the Greek mythology as a mystical being, able to live in the flames, resist burns and still put out fires. It is believed that this myth appear because they (salamanders) were often observed fleeing through the flames of the bonfires.  They choose to shelter in the middle of the wood piles or even inside hollowed wet trunks and as they feel the temperature rising, escape, is the only option in order to save their lives before being consumed by the flames.

Curiosity: Spotted salamanders return to the same mating pool via the same route every year.

Read Mafalda’s blog. It has an english version too.