They are four, not three. This female lynx’s litter is now confirmed to have four cubs, living in Guadiana Valley Natural Park, in the south of Portugal, revealed this morning the Portuguese conservation authority. Now, the family picture is completed.

At first, the images captured by the photo trapping cameras showed only three cubs with the female Lagunilla, in the Mediterranean landscape of the Guadiana Valley Natural Park. It was the mid of May and the cubs were two months old.

Today, and after almost a month of photographic following, it was confirmed that this litter has not only three but four Iberian-lynx (Lynx pardinus) cubs. “For the first time all the animals appeared together in the same photo, 500 meters away from the same place where they were first spotted”, says the Nature and Forest Conservation Institute, the Portuguese authority for Nature, in a press release sent to Wilder this morning. 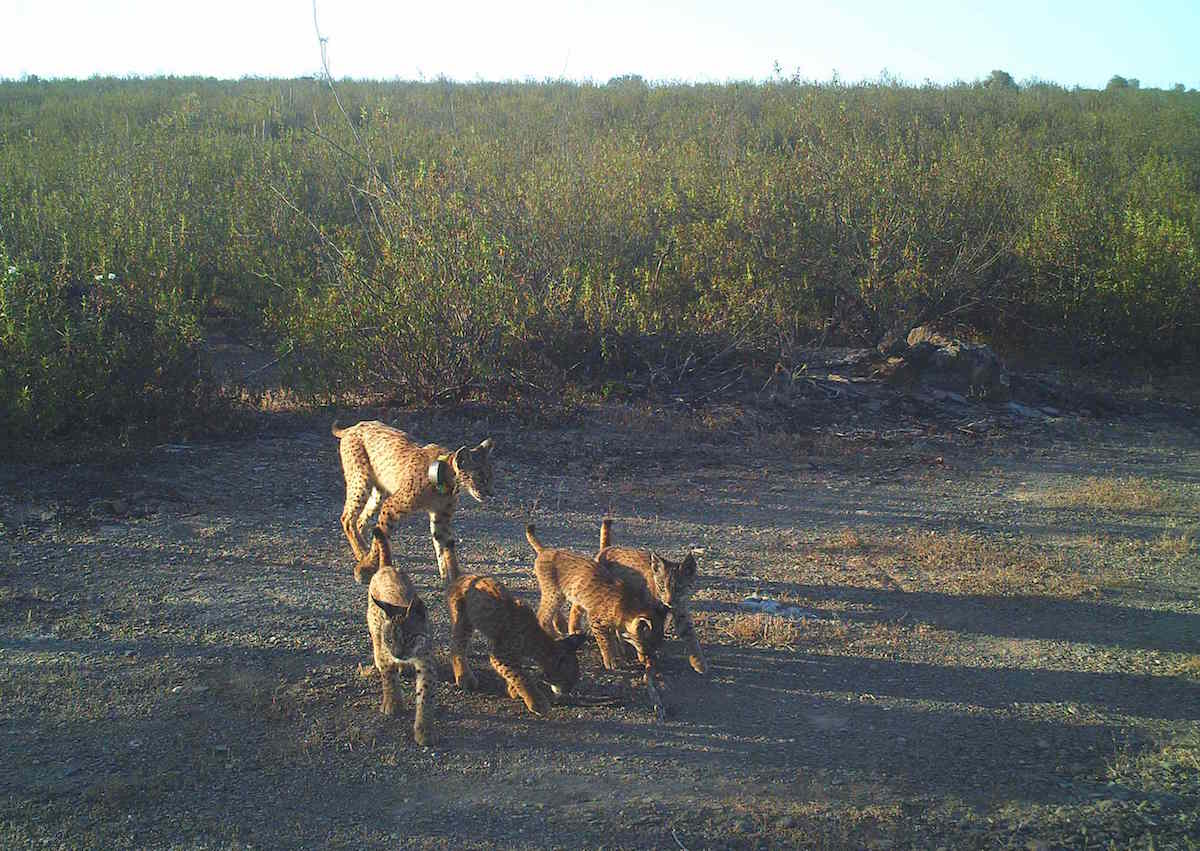 Lagunilla, 2 years old, was born at the breeding centre of Zarza de Granadilla, in Spain, and was released in nature by 11th May of 2015 at Guadiana Valley. This and other Iberian-lynx reintroductions are taking place as a crucial part of the Iberian conservation project called Iberlince. Its aim is to recover the historical distribution of the species in Portugal and Spain.

As we speak, Lagunilla is somewhere in Guadiana Valley with her four cubs.

“Litters of four are not that common, neither the survival of all cubs at the end of their third month of living”, says the Portuguese institute. For that reason, it’s reasonable to believe that “there are favourable conditions for the stabilization of a future Iberian-lynx population in this area”.

Currently there are two confirmed litters at Guadiana Valley, from the females Jacarandá (two cubs) and Lagunilla (four cubs). This was the first year since the last four decades that this species was born in the wild in Portugal.