Two Iberian-lynx (Lynx pardinus) cubs two months old were discovered yesterday living in nature, in Guadiana Valley Natural Park, in the South of Portugal. This comes a week after the announcement of the first cub of this endangered species in the wild in this country for almost 40 years. 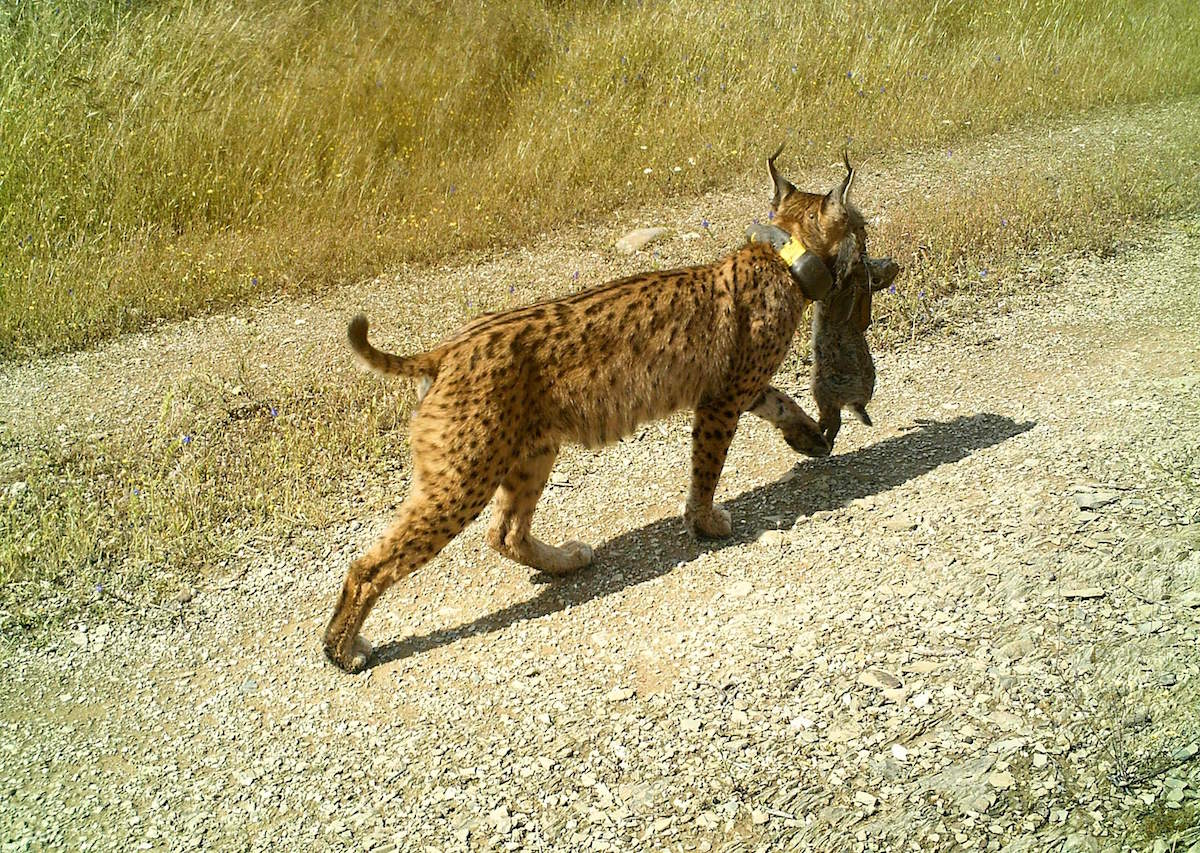 The conservationists admit a third cub but it has yet to be confirmed. 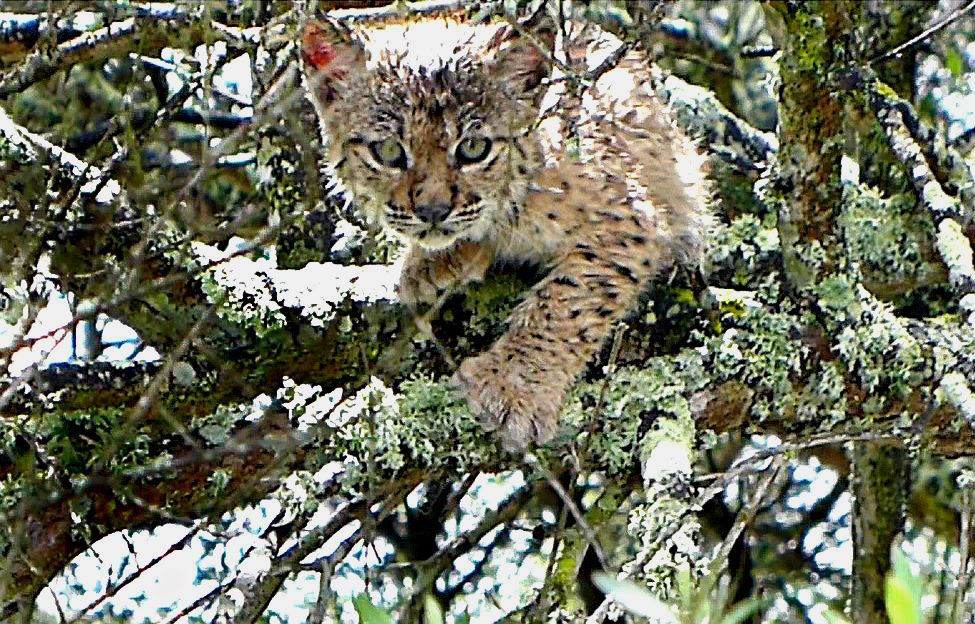 The team in the field was already suspicious about Lagunilla’s pregnancy, after seeing the images of the constant monitoring of the lynx by photo tramping. That female was also spotted several times next to the male Luso.

Lagunilla is a female Iberian-lynx with 2 years old. She was born at the breeding centre in Zarza de Granadilla, in Spain, and was released a year ago at Herdade das Romeiras (Portugal), by the conservation project Iberlince. The main goal of this project is to recover the historical distribution of this feline species, both in Portugal and Spain.

According to ICNF, Lagunilla travelled 15km west a few days after being released in nature and got too close to a national road (N123) between the villages of Castro Verde and Mértola. “As this was a dangerous situation for the animal, ICNF’s team intervened to remove the lynx from that location. Soon after, Lagunilla returned to the original area and established her territory next to the other lynx.”

Lagunilla’s territory “has a very high rabbit density, an important condition for the fixation of female lynx. In this case, there are also several old olive trees that can be used as dens”.

Last week, and for the first time in almost 40 years, it has been confirmed the first Iberian-lynx cub born in the wild in Portugal.